Over the years, there have been many great villains that Batman has faced off against. This includes names like the Joker, the Riddler, Bane, Penguin, Scarecrow, and more. Which Batman villain are you? Answer the questions about yourself and we will match you with one of the top bad guys or girls that your personality matches with the most.

Which Batman Villain Are You?

Choose your favorite movie from the Dark Knight trilogy
Choose the word that best describes you
What is your favorite color?
You have been locked in Arkham Asylum. How do you escape?
Choose your favorite Batman movie:
Choose a weapon
Which of these jobs would you most want to have?
Who do you think is the lamest Batman villain?
Check Answers
Your Result:
Sorry, no results found.
Please repeat the quiz and try different answer combinations.

Batman Villain Quiz: All Of The Possible Results

Here are some of the best Batman villains that we included on our quiz. We have also included some additional details about each of them.

When you think about Batman, chances are that The Joker is going to come up. The character has been around for many years and serves as one of Batman’s most bitter rivals. He is a sadistic clown that wants to inflict pain on the world.

Another one of Batman’s greatest foes is Bane. He has extreme strength and is responsible for breaking Batman’s back.

The character was played by Robert Swenson in 1997’s Batman & Robin. Tom Hardy plays the role in 2012’s The Dark Knight Rises.

The Riddler is another one of Batman’s greatest rivals. He is a criminal mastermind who loves leaving hints and clues about his crimes.

Another one of Batman’s biggest enemies is Two-Face. He was formerly known as Harvey Dent and he served as the District Attorney for Gotham City. Half of his face was left horribly scarred after an acid attack, turning him into Two-Face.

The character of Harvey Dent was played by Billy Dee Williams in 1989’s Batman but this was a pre-disfigured version. Tommy Lee Jones takes over the role in 1995’s Batman Forever. Aaron Eckhart plays the role in 2008’s The Dark Knight.

Penguin is one of the greatest foes of Batman. He is short, stubby and has a pointed nose. He wears a tux, top hat and usually carries around an umbrella.

The character is played by Burgess Meredith in the 1966 Batman movie. Danny DeVito plays the role in 1992’s Batman Returns. Colin Farrell will also play the role in the upcoming Batman movie.

Scarecrow is one of the greatest rivals of Batman. He is a scientist and psychiatrist that is insane. He uses fear as one of his main weapons when committing crimes.

The character is played by Cillian Murphy in The Dark Knight Trilogy and he appears in all three films.

Being the accomplice and lover of The Joker, Harley Quinn has had many run-ins with Batman. She is a former criminal psychiatrist who falls in love with The Joker.

The character is played by Margot Robbie in the DC Extended Universe.

Speaking of her, we also have a Harley Quinn quiz that you can take.

Poison Ivy is one of Batman’s most enduring enemies. She was a former student of advanced botanical biochemistry. She is able to control plants and uses them for her crimes.

The character is played by Uma Thurman in 1997’s Batman & Robin.

Ra’s al-Ghul is another one of the biggest foes of Batman. He is probably best known for being the leader of the League of Assassins.

The character is played by Liam Neeson in The Dark Knight Trilogy.

Catwoman shares the rare distinction of being one of Batman’s greatest adversaries and also one of his love interests. She is a cat burglar from Gotham City. She serves as both a villain and an ant-hero.

Make sure to also try our Catwoman quiz, if you are a fan of the character.

So, which Batman villain are you most like? Make sure to let us know in the comment section below and also share it with your followers on social media. We would also love to know who you think is Batman’s greatest enemy from the comics or movies. 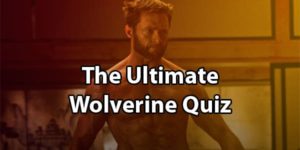